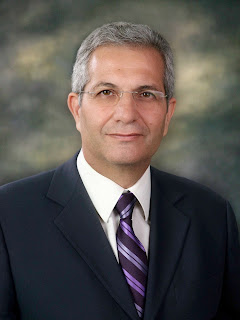 As the discussion with the Troika for the conclusion of the Memorandum and the loan agreement proceeds, so do our concerns grow. These concerns stem from the fact that whilst last November we had arrived at an in principle agreement with the Troika and Mr. Anastasiades´  election pledge was that he would improve it, now we are seeing ever more additional demands from our European partners leading to new, second and more painful Memorandum.
At the meeting between the Heads of the political parties held last Saturday at the Presidential Palace, Mr. Anastasiades had refered to very concrete measures with the pledge that there will not be any other additional demands. We ascertain that new demands are continuously being added by the Troika with regards the sectors of health, education and social cohesion, which, if accepted, will lead to further negative consequences for Cypriot society and will harm social cohesion and increase unemployment.
Because an attempt is underway by government officials and the mass media to paint a totally different and positive picture, I am obliged to refer to some key issues that have already been made public
At the Presidential palace meeting, AKEL proposed to the President of the Republic that an exchange of views take place between the political parties on how we proceed. Our proposal was rejected and the Government was content just to make a general briefing, which subsequently it was forced to expand on after the many questions that I had asked. No reference was made at all to issues such as the measures concerning education, health and social welfare.
The government´s insistence on negotiating with the Troika without consulting with the parties automatically also means that it assumes full responsibility for the final result.
Given that, as I have mentioned previously, almost all the issues raised at the meeting of the Presidential Palace have been made public, on behalf of AKEL, I wish to declare the following:
There is a serious discrepancy between what Mr. Anastasiades said during the election campaign and all that he is doing after the elections. We can cite the very clear examples of the issues of privatization and the corporate tax.
Just a few days before the elections, besides his pledges made before the people, Mr. Anastasiades sent a written letter to the employees of the Semi-state organisations in which he stated that "Our own position is quiteclear and is recorded with absolute clarity in the Framework Agreement agreed between the parties DISY-Democratic Party, which constitutes the political basis of our candidacy. Namely, that we are categoricallyagainst the privatization of profitable Semi-state organisations (Cyprus Electric Authority AHK, Cyprus Telecommunications Authority ATHK and the Cyprus Ports Authority ALK) ... we will make every effort to find other sources of financing the public debt and other ways to make it viable so as to prevent the activation of the provision for privatization,included in the Memorandum of Understanding which the Christofias government contracted with the Troika."
Instead it is obvious that Mr. Anastasiades has accepted the privatization of these organisations and is trying with totally unsubstantiated arguments to reassure working people and citizens.
On the issue of the increase in the corporate tax, whilst as leader of the opposition, Mr. Anastasiades was completely against its small and temporary increase, describing such a move as destructive for the economy, today he accepts a bigger and permanent increase saying that this does not cause any problems. The same hypocritical stand is also maintained by relevant professional associations.
The information made public referring specifically to the withholding of pension funds is also worrying. If this information is verified, we express our strong concerns about the precedent that is created, which puts a bomb in the foundations of working people's long-standing gains..
As AKEL, we are fully aware of the situation and needs of the Cyprus economy. This is why we will support the efforts to address the problems, as we confirmed from the outset to Mr. Anastasiades. We declare our readiness today too to back him if he is consistent with his pre-election pledges.
However, AKEL will not agree and consent to measures that will condemn the whole of the Cypriot people, and in particular the workers, unemployed, the young generation or the pensioners to dead ends and poverty, just as other peoples in southern Europe have been led to.
Publicada por vítor dias à(s) 01:00