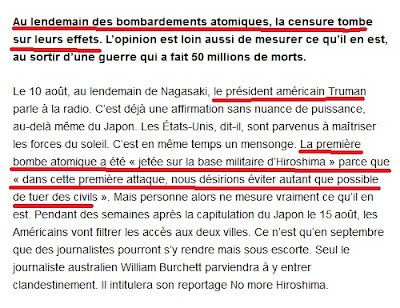 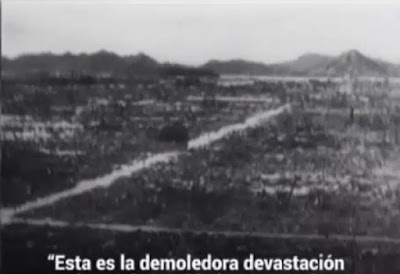 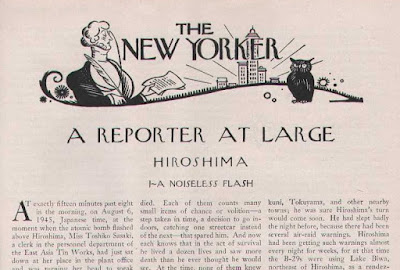 «An article called "Hiroshima" written by John Hersey was published in The New Yorker magazine in August 1946, a year after World War II ended. The article was based on interviews with atomic bomb survivors and tells their experiences the morning of the blast and for the next few days and weeks. It was a calm and accurate account of survival in the first city to be destroyed by a single weapon.


There were many remarkable things about the "Hiroshoma" article. Just a few:

"Hiroshima" was quickly published as a book, and remains in print today.» 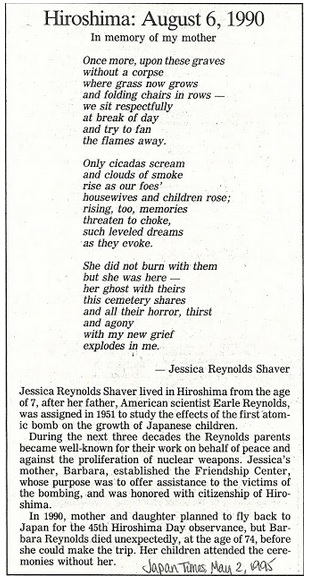