As marcas do Katrina 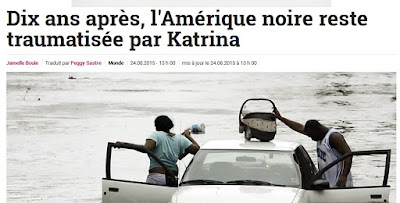 «In late August of 2005, Hurricane Katrina ripped through the U.S. Gulf Coast region causing a subsequent cycle of evacuation, relocation, and rebuilding. The storm exposed in its wake vast racial and class differences in how the hurricane and its aftermath affected individual citizens. Using two public opinion polls conducted immediately after Katrina, the authors demonstrate that African Americans in this country were much more likely than Whites to experience feelings of anger and depression in response to the events surrounding the hurricane. They also show that these feelings of anger and depression held by African Americans are respectively explained by their perception of racial discrimination by the federal government and complacency on the part of President Bush in response to Katrina. These results provide additional support for the idea that African Americans have a racially group-centric view of society that powerfully shapes how they respond to political events.»