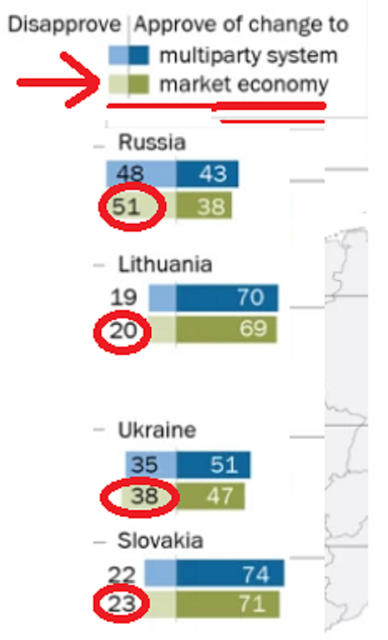 «(...)However, in Russia, Ukraine and Bulgaria, more than half currently say things are worse for most people now than during the communist era.
When asked whether their countries have made progress over the past three decades across a range of issues, the Central and Eastern European publics surveyed feel most positive about issues like education and living standards. But opinions are more divided about progress on law and order and family values, and most say the changes have had a negative impact on health care.
There is widespread agreement that elites have gained more from the enormous changes of the past 30 years than average citizens have. Large majorities in all Central and Eastern European nations polled think politicians and business leaders have benefited, but fewer say this about ordinary people.»
Poucos acreditam que os eleitos
se importam com o que pensam 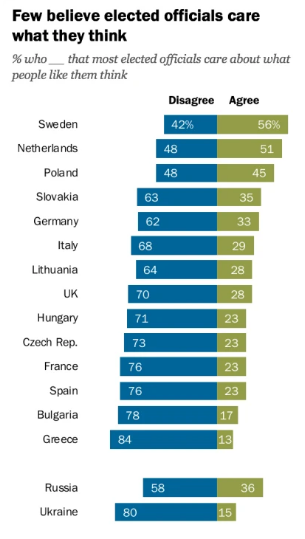 The survey has certain questions that were asked only in former East Germany, and on many other questions there are substantial differences between those Germans living in the East and the West.