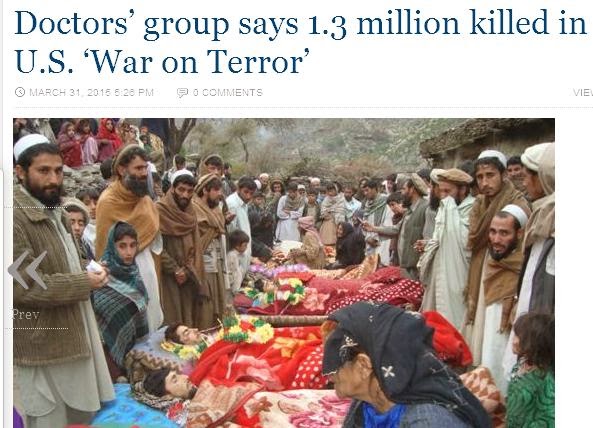 «A group of international physicians’ organizations has published a study concluding US-led wars in Iraq, Afghanistan and Pakistan have killed more than 1.3 million people.
The Nobel Prize-winning International Physicians for the Prevention of Nuclear War, along with Physicians for Social Responsibility and Physicians for Global Survival have released a report titled “Body Count: Casualty Figures after 10 Years of the ‘War on Terror.'” The study examined direct and indirect deaths caused by more than a decade of US-led war in three countries, Iraq, Afghanistan and Pakistan, but did not include deaths in other countries attacked by American and allied military forces, including Yemen, Somalia, Libya and Syria.»
ler o resto aqui
Publicada por vítor dias à(s) 11:46