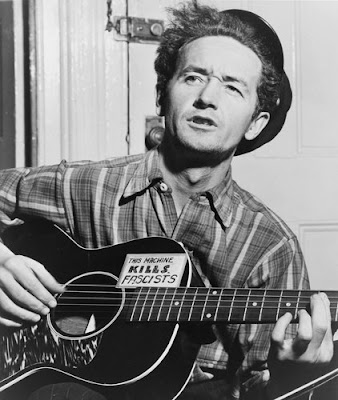 No New York Times, uma desenvolvida peça dá conta do preparativos no Estado de Oklahoma pra a celebração do centenário do nascimento de Woodie Guthrie, natural daquele Estado dos EUA e que terão seu ponto alto com uma grande exposição qie beneficia da compra por uma fundação privada de um vasto espólio assim descrito: «The archive includes the astonishing creative output of Guthrie during his 55 years. There are scores of notebooks and diaries written in his precise handwriting and illustrated with cartoons, watercolors, stickers and clippings; hundreds of letters; 581 artworks; a half-dozen scrapbooks; unpublished short stories, novels and essays; as well as the lyrics to the 3,000 or more songs he scribbled on scraps of paper, gift wrap, napkins, paper bags and place mats. Much of the material has rarely or never been seen in public, including the lyrics to most of the songs. Guthrie could not write musical notation, so the melodies have been lost.
The foundation, which paid $3 million for the archives, is planning a kickoff celebration on March 10, with a conference in conjunction with the University of Tulsa and a concert sponsored by the Grammy Museum featuring his son Arlo Guthrie and other musicians. Although the collection won’t be transferred until 2013, preparations for its arrival are already in motion. Construction workers are clearing out piles of red brick and wire mesh from the loading dock in the northeast end of the old Tulsa Paper Company building, in the Brady District of the city, where the planned Guthrie Center is taking shape. The center is part of an ambitious plan to revitalize the downtown arts community. » 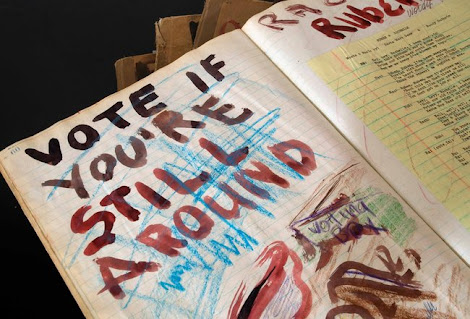 A watercolor and a typed lyric sheet in a 1952 notebook,
part of a rich trove of personal material that
makes up the Guthrie archives. 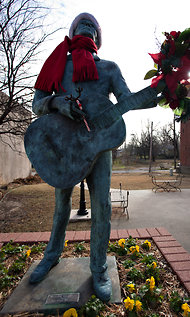 Guthrie's hometown, Okemah, Okla., did not honor
him until lately: today the town has a statue,
above, and an annual festival 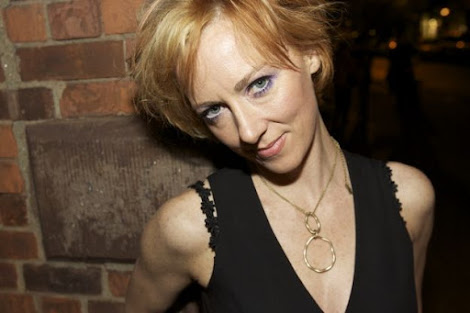 Madonna on the Curb

Funny how a propos this one still is today, even though Woody wrote the lyric in 1939. We're still traipsing around the world trying to tell everyone else how to run their countries, and we can't even take care of our own. There's also a pared down version of this song on the album "Songs for Tibet" ? to benefit the Art of Peace Foundation.