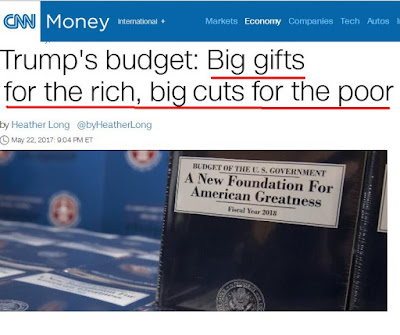 «He would give a lot more money to the defense industry and wealthy taxpayers, and he would pay for that with an unprecedented slashing of safety net programs for America's poor.
It's a "tanks and tax cuts" budget.
Mick Mulvaney, Trump's budget director, spelled it out clearly for reporters on Monday. The largest savings in the budget come from these items:
1. Cuts to Medicaid (Over $600 billion in the next decade) 2. Cuts to food stamps, known as SNAP ($193 billion over 10 years) 3. Cuts to student loans ($143 billion over 10 years) 4. Cuts to federal worker retirement programs ($63 billion over 10 years)
Mulvaney probably should have added a fifth bullet: Disability programs also get a massive haircut.
Advocates for the poor are stunned at the magnitude of the cuts.It's a "reverse Robin Hood agenda," says the Center on Budget and Policy Priorities, a left-leaning think tank that is one of the top voices for low-income Americans in Washington.» 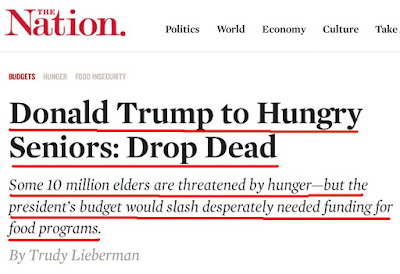 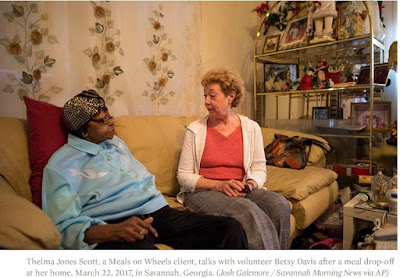